This rock art is believed to be 8,000 years old and represents some of the oldest markings of it's kind in the UK.
The rock art is the only one in the UK from this era which depict animals.
Nearby are two more wonderful examples of Northumberland's ancient heritage.
Click here for photos of Duddo Standing Stones.
For photos of nearby Doddington area Roughting Rock Art click here.
Please click on each image for the full size photo.

Posted by https://northumbrianimages.blogspot.com/ at Tuesday, March 12, 2019 No comments:

Ford is an attractive village in Northumberland, 13 miles away from Berwick Upon Tweed.
It is thought the village got it's name from a ford over the nearby river Till.
Ford shares a parish with Etal.
Ford castle was built in 1287 and restored in the 1760's, It is now an educational establishment, although it was used by the military in WW2 .Much of the employment in the area is connected with the Ford and Etal estate.The estate is owned by the Joicey family who bought it in 1907. Previously the estate had been owned by Susanna, Marchioness of Watreford, among others..
Please click on each image for the full size photo. 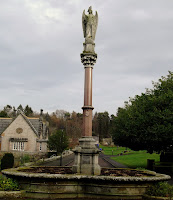 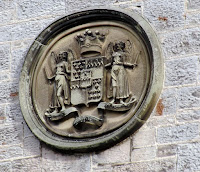 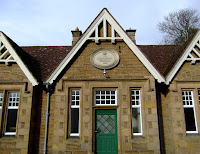 Posted by https://northumbrianimages.blogspot.com/ at Wednesday, February 13, 2019 No comments:

Posted by https://northumbrianimages.blogspot.com/ at Tuesday, December 12, 2017 No comments:

Dunstanburgh Castle was built from 1313 by the Baron Earl Thomas of Lancaster, at a time of tension between himself and King Edward 11.
The Earl failed to reach the castle when his rebellion was defeated and he was executed in 1322. John of Gaunt took control of the castle band strengthened it against Scottish attack, later the castle became the focus of attack from Yorkist forces twice during the War of the Roses and subsequently fell into ruin.
Pictures of Dunstanburgh Castle and the rugged Northumberland coast.
Please click on each photo for the full size image. 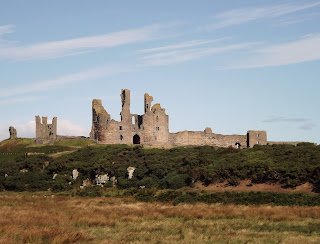 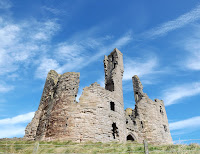 Posted by https://northumbrianimages.blogspot.com/ at Wednesday, October 04, 2017 No comments:

The beautiful  Hexham Abbey is situated in the centre of the Northumberland market town of Hexham.There has been a church on this site for 1300 years since the Queen of Northumbria Ethelreda gave land to St Wifred of York. The current Abbey was built in honour of St Andrew in AD674 and it was added to in the 12th century.
Please click on each image for the full size photo. 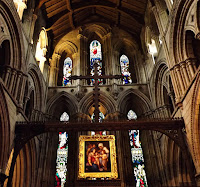 Posted by https://northumbrianimages.blogspot.com/ at Thursday, September 28, 2017 No comments:

Norham is where St Aidan crossed the Tweed on his way from Iona to establishing his monastery at Lindisfarne, the Holy Island in 635.
The first stone church was built at Norham in A.D 830 although the present church dates from 1165, the same time as Norham Castle.
The coffin of St Cuthbert was brought here from Lindisfarne in 875 when Danish invaders threatened the monastery, finally after being moved many times,  Cuthbert was buried at Durham and the cathedral was built in his honour there.
In 1292 John Balliol paid homage to King Edward 1 of England here on behalf of the Kingdom of Scotland and in 1320 Robert the Bruce occupied the church while besieging Norham Castle.
Historic St Cuthbert's has been an important place of worship for 800 years and many generations over that time have cared for this church.
Please click on each image for the full size photo.

Posted by https://northumbrianimages.blogspot.com/ at Wednesday, June 14, 2017 No comments:

Twizell Castle is a grade two listed building and scheduled ancient monument which stands on a bend of the river Till dating to 1415. A medieval tower house which once stood on the site was destroyed by an invading Scottish army in 1496 . King James 1V of Scotland held a parliament at "Twesil" at the site in 1513 on his way to besieging Norham Castle. From about 1770 it was intended that the castle would be reconstructed as a Gothic mansion, but this work was never completed. Much of the castle material was used in the building of a new mansion at nearby Tillmouth Park.
The property is in a poor state and is officially classed by English Heritage as being at risk.

Twizell Medieval  Bridge was built in 1511 two years before the battle of Flodden and it is believed both the English and Scottish armies would have used the bridge, the Scots on their way to Norham several days before the fight and the English on the morning of the bloody battle.
Please click on each image for the full size photo.

Twizell Bridge & the River Till.

Posted by https://northumbrianimages.blogspot.com/ at Wednesday, June 14, 2017 No comments: