Chinese New Year, Newcastle 2018.
2018 is the year of the dog and the Chinese community in Newcastle organise a parade each year to celebrate this event.
For photographs of Newcastle's China Town please click here .
Please click on each image for the full size photo. 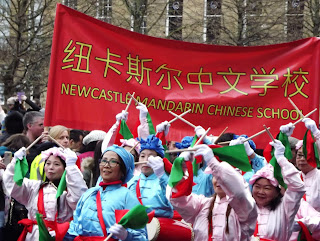 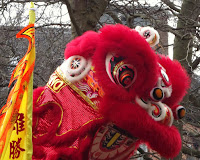 Posted by https://northumbrianimages.blogspot.com/ at Sunday, February 18, 2018 No comments: Links to this post

Newcastle's China Town is based around Stowell Street. In fact the first Chinese restaurant in Newcastle was opened in 1949 and was not based here, the first business on this street wasn't opened until 1978 and other restaurants followed soon after.
In 1988 businesses on Stowell Street were allowed to use Chinese as well as English on signs.
In 2008 Chinese style lanterns replaced the street lights.
An 11m Chinese Arch was constructed by craftsmen in Shanghai and erected in 2004, flanked by two Chinese guardian lions .
China Town is near to St James' Park Stadium and Downing Plaza university developments.
Please click on each image for the full size photo. 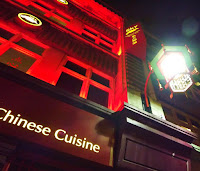 Posted by https://northumbrianimages.blogspot.com/ at Thursday, February 25, 2016 No comments: Links to this post