Cragside House was the country home of Tyneside industrialist, scientist and inventor Lord William Armstrong and was the first house anywhere in the world to be powered by hydroelectric power.
Originally built as a country lodge in 1863, the house was subsequently developed into the mansion which can be seen today.
Lord Armstrong oversaw the development of Cragside which eventually covered 1.729 acres and he arranged the planting of 7 million trees and the creation of 5 artificial lakes which powered hydro-electricity for the house.
The house was lit by incandescent lamps provided by the inventor Joseph Swan.
A statue of Lord Armstrong was built and stands in Newcastle City Centre.
Lord Armstrong was also responsible for the development of Jesmond Dene in Newcastle.
Please click on each image for the full size photo. 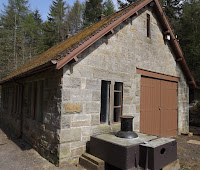 Posted by https://northumbrianimages.blogspot.com/ at Tuesday, May 10, 2016 No comments: