The Turbinia is a ship which was built at Wallsend on the Tyne in 1894. It was the first ship in the world to be powered by steam turbine, an invention of Charles Parsons and this was to revolutionise ship design.
In a navy review of 1897 the Turbinia steamed between lines of conventional navy ships and the launches which were sent to stop her could not keep up.
The top speed of the vessel was 34.5 knots, faster than warships today.
Parsons set up a factory in Wallsend to manufacture the engines for further Royal Navy destroyers which the Royal Navy ordrered. being so impressed with the Tyne built ship.
The ship was moved to its present postion in the Discovery Museum (formerly the Newcastle museum of science and engineering) in 1994.
Please click on each image for the full size photo. 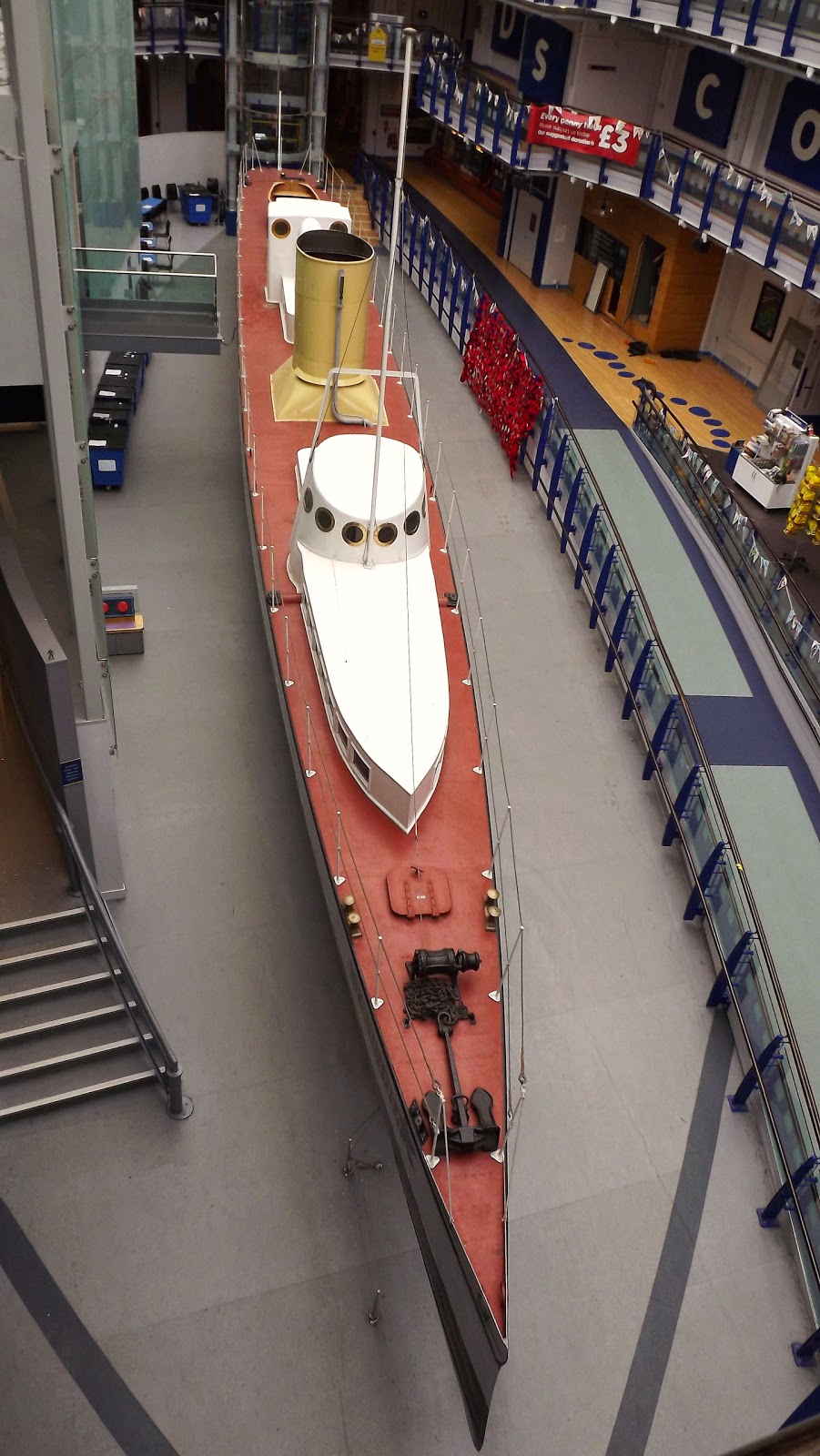 Posted by https://northumbrianimages.blogspot.com/ at Tuesday, November 18, 2014 No comments: Links to this post