HMS Calliope is the Royal Navy Reserve training base for the North East. The base has a long association with Tyneside and was awarded the Role of Honorary Freeman of the City of Newcastle in 1985. The base is situated next to the Gateshead Millenium Bridge.
HMS Example (P165), based at Calliope, is a fast patrol and training vessel, in particular for training of students from Northumbria University Royal Navy Unit.In addition she also acts as a training ship for students from Durham, Newcastle, Teesside and Sunderland Universities and other volunteer reservists .
The Base has recently undergone a major modernisation, photos of the renovated HMS Calliope can be seen here.
Please click on each image for the full size photo. 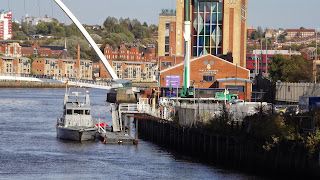 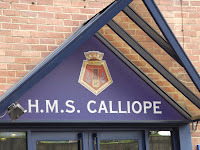 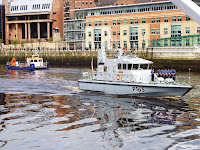 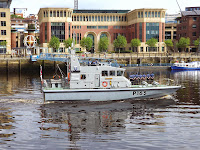 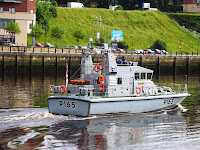 Posted by https://northumbrianimages.blogspot.com/ at Sunday, October 05, 2014 No comments: Links to this post