John Simpson Kirkpatrick was born in South Shields on the 6th of July 1892 and was killed in battle in the First World War on 19th of May 1915.
In South Shields in his youth he helped out with the donkeys on the beach.
After joining the British merchant navy he deserted while his ship was in Australia but volunteered  to join the Australian army at the outbreak of war. He saved many allied lives during the battle of Gallipoli while serving in the “ANZAC” Australian/New Zealand forces and became known as “the man with the donkey“ after obtaining a donkey to carry the wounded away from the battlefield before being killed himself. To this day he is remembered as a hero in Australia.
Here are some photos of his statue in South Shields.
Please click on each image for the full size photo. 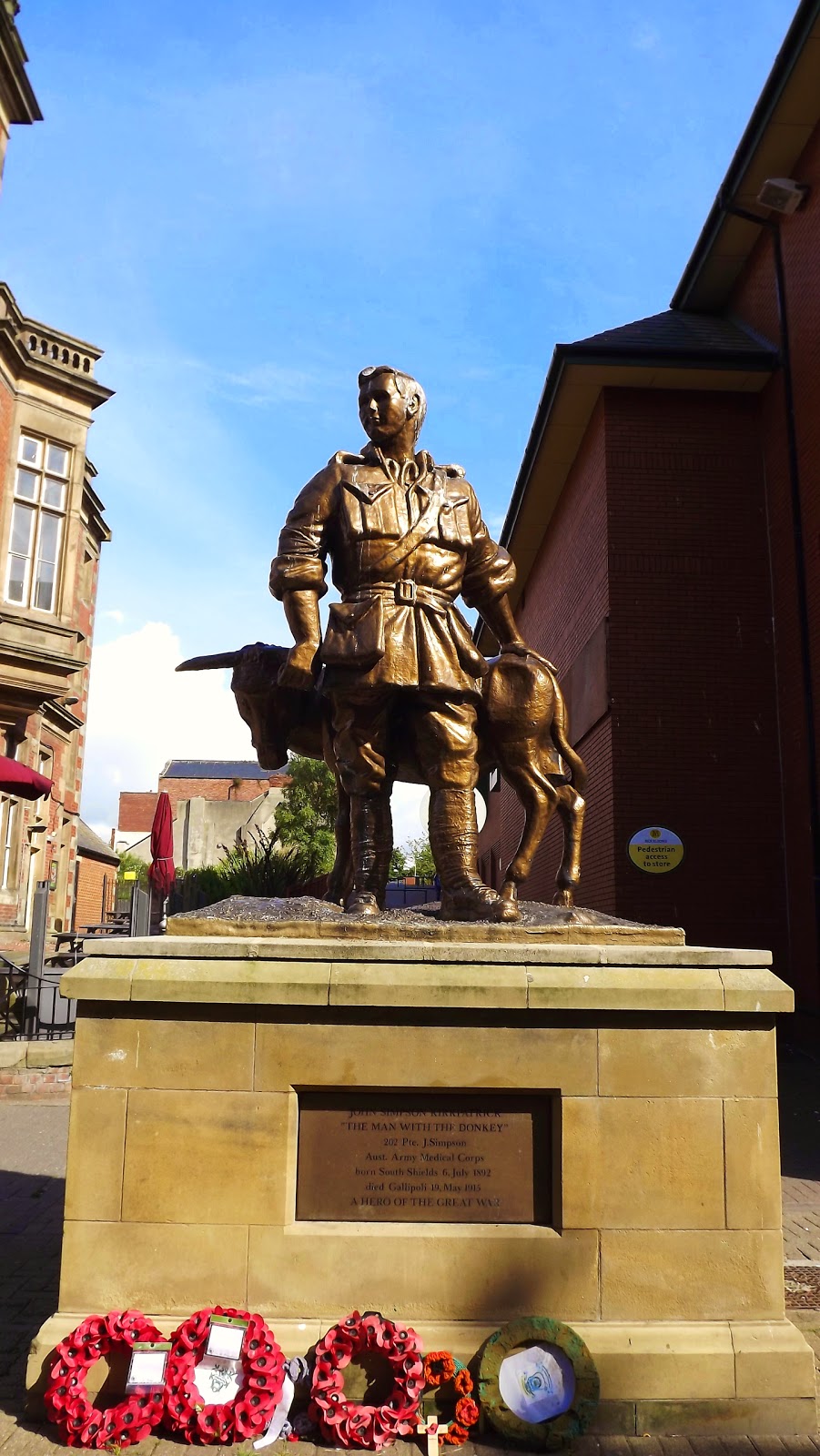 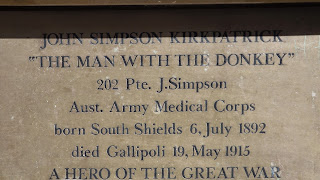 Posted by https://northumbrianimages.blogspot.com/ at Tuesday, July 08, 2014 No comments: Links to this post