These are all pubs based in the Ouseburn area of Newcastle, a major regeneration area for the city, involving art, business and leisure.
Pictures of boats on the river Ouseburn.
Please click on each image for the full size photo.

The Tyne Bar
Many years ago this pub was known as The Ship Tavern, a notorious pub known more for “adult services” on offer upstairs than the beer it sold. The Tyne Bar was refurbished in 1994 and is situated where the Ouseburn meets the Tyne. 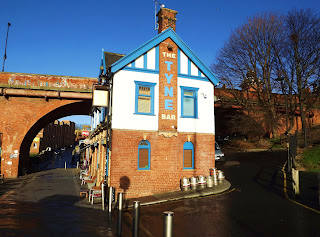 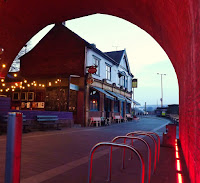 The Cluny
The building was built in 1848 when is was used as a flax spinning mill. At one point in it's history the building was used as a Scotch whisky bottling plant, the whisky was  known as Cluny, hence the current name.
An artists group bought the building in 1982 and the Cluny Bar was opened in 1999.
In recent years the Cluny was voted one of the top 100 bars in the world and 36 Lime St in which the bar is situated is a grade two listed building.
The Cluny is an established live music venue.

Free Trade Inn
The Free Trade Inn is a long established pub overlooking the Tyne and known for having a diverse range of both beer and customers.
Recently the Free Trade was voted one of the top ten pubs in the UK. 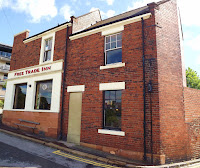 The Ship Inn
Based on Stepney Bank in the Ouseburn area, the Ship Inn is one of the oldest pubs in the area, in recent years the Ship has become known for it's Vegan menu.

The Cumberland Arms
The Cumberland is home to a wide range of beers from the North East and across the British Isles. The pub is also home to traditional folk music and was voted one of the best venues for this type of music by hillwalker magazine.

The Tanners Arms
The Tanners has styled itself "Eats Beats and Beer" .
A classic old style pub with food and live music as well as traditional beer. 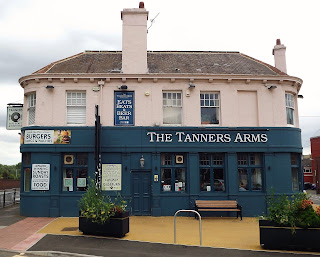 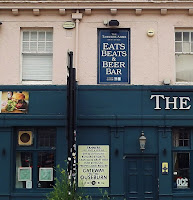 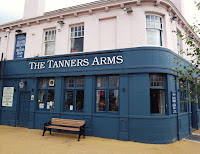 Even more photos of Newcastle Pubs.
Posted by https://northumbrianimages.blogspot.com/ at Saturday, July 22, 2017 No comments: