This memorial was built in honour of the raising of companies of Northumberland Fusiliers at the outbreak of the First World War in 1914.
The memorial is cast in bronze and was designed by the Welsh artist William Goscombe John.
It stands in the grounds of Newcastle's St Thomas the Martyr church and is situated in front of the Newcastle Civic Centre. The memorial was celebrated in a set of stamps released on the 100th anniversary of the outbreak of the First World War in 2014.
On 10/11/2014, the day before armistice day, this monument was recognised as grade 1 listed building, which puts into the top 2.5% protected structures in the UK.
To see pictures of Newcastle's annual Remembrance Day Parade, please click here.
Please click on each image for the full size photo. 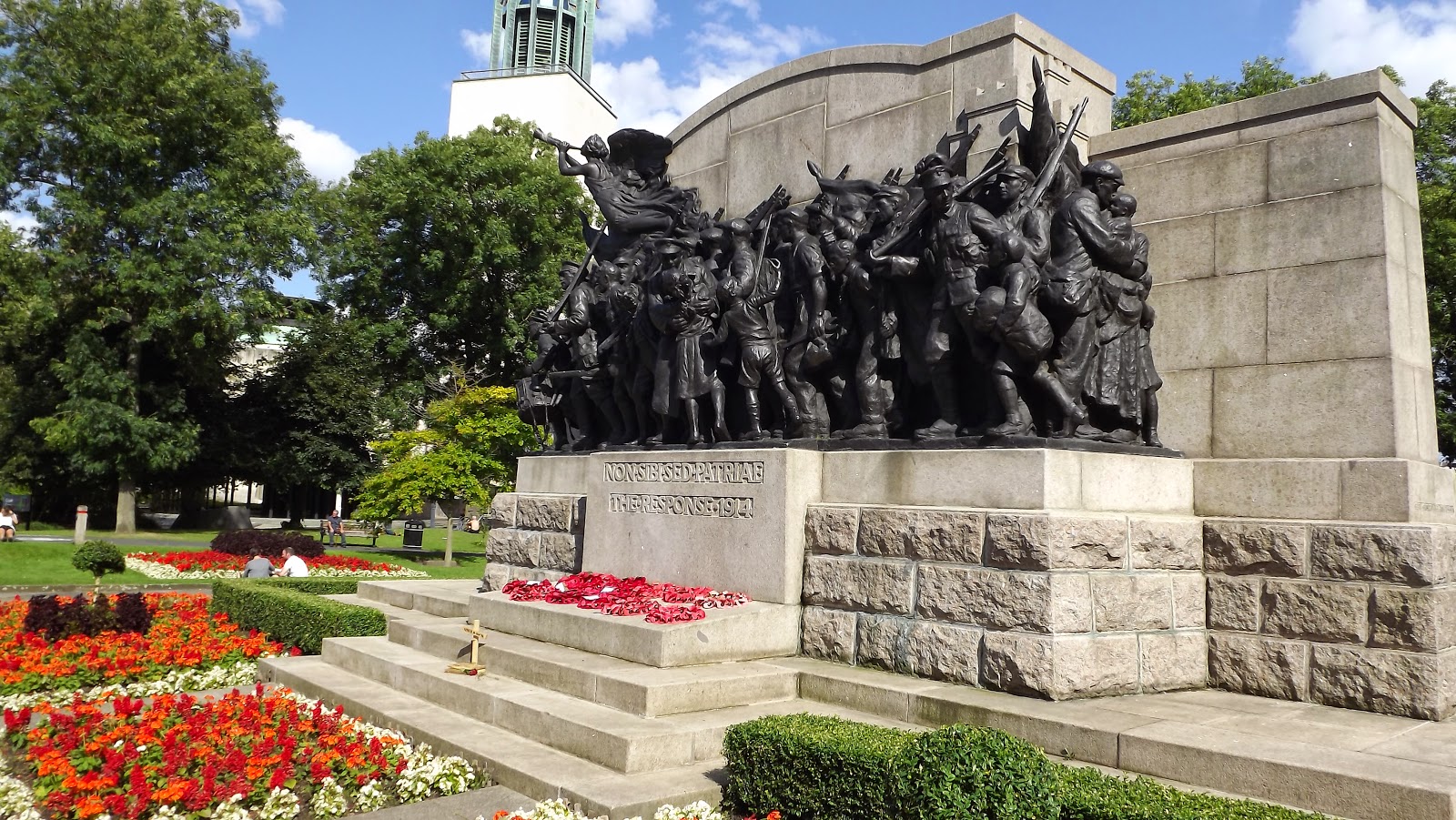 Posted by https://northumbrianimages.blogspot.com/ at Thursday, August 07, 2014 No comments: Links to this post