Norham and the river Tweed

Norham is a village situated next to the river Tweed across from Scotland, in Northumberland
The castle was founded by the Bishop of Durham in 1121 and was rebuilt and improved many times over the centuries.Norham castle was besieged 13 times by Scottish forces,  including once for over a year by Robert the Bruce.
In 1291 Edward the 1st arbitrated between 13 competitors for the Scottish throne before choosing John Baliol who paid homage to Edward in a Norham church.
In 1497 the Scots laid siege to the castle and brought the giant cannon "Mons Meg"from Edinburgh.
In 1559 the castle was seized by Elizabeth the 1st after the Prince Bishop of Durham Cuthbert Tunstall refused to take the oath of supremacy.
In the 1560's the castle was left to ruin.
The painter JMW Turner painted one of his most famous works "Norham Castle,Sunrise" in 1845, he also produced other paintings of the castle at different times in his life.
Please click on each image for the full size photo. 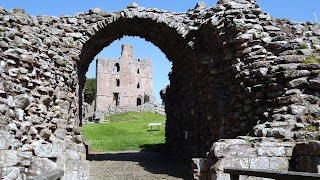 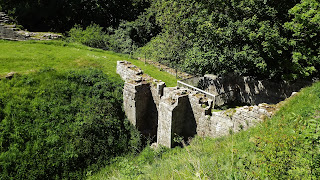 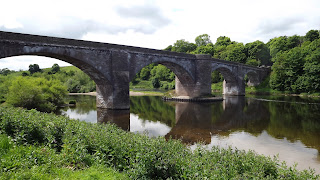 Posted by https://northumbrianimages.blogspot.com/ at Tuesday, June 09, 2015 No comments: Links to this post