The North Shields High and Low Lights were built originally in the 16th century by the Guild of the Blessed Trinity to provide a course for ships to align on the lights to navigate a safe passage into the river Tyne, In particular to avoid the dangerous Black Middens.
The lights were built from 1808 and the Low Light is a heritage centre while the High Light is now residential.
Included in the photos are the older High Lights and Trinity buildings in North Shields.
Photos of North Shields Fish Quay can be seen here.
Please click on each image for the full size photo. 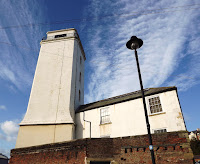 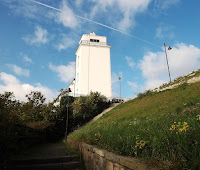 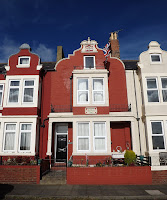 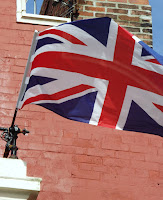 Posted by https://northumbrianimages.blogspot.com/ at Tuesday, October 02, 2018 No comments: Links to this post

There has been a port on the Tyne since the Romans and almost certainly  before that. Arbeia Roman Fort at South Shields was used to supply troops on Hadrian’s Wall. After the collapse of Roman rule the port continued to grow &  by 1275 the principal exports were wool, timber, coal, millstones, dairy produce, fish, salt, and hides. By 1250 coal was being exported from Newcastle. The licence to export coal was protected by Newcastle and they tried to prevent any one else on the Tyne from exporting coal. The authorities in Newcastle even tried to prevent fish from being sold anywhere else on the Tyne except Newcastle. This led to conflict  with North Shields.
From 1600 increasing coal exports brought prosperity to Newcastle and Tyneside . Up to the 19th century the port was  run by the City of Newcastle, but navigation was problematic and in 1850 the Tyne Improvement Commission was established to improve the facilities. The river was deepened and the North and South Piers were built, various docks and quays were also built during this period.
In 1968 the TIC was replaced by the Port of Tyne Authority. With the decline in the coal industry, the port has switched to the export of cars manufactured by Nissan.
Various cargoes are handled  at the South Shields Riverside Quay. There are two car terminals, one on either side of the river, a cruise ship terminal at Northumbrian Quay at North Shields, and an international ferry terminal, also at North Shields.
The tidal reaches of the River Tyne, from the mouth to Wylam, a distance of 17 miles are the responsibility of the Port of Tyne they are also responsible for navigation a mile past the piers out to sea. Photos of the Arbeia Roman Fort at South Shields can be seen here.

Posted by https://northumbrianimages.blogspot.com/ at Saturday, January 16, 2016 No comments: Links to this post