St James' Park is the home stadium of Newcastle United Football Club with a capacity of 52,405 seats. Football has been played here since 1880, one of the oldest stadiums where football has been played continuously in the world. Because of the position of the stadium in the city of Newcastle Upon Tyne it has got the nickname of "The Cathedral on the Hill".
In addition to premier league football the stadium has been staged rock concerts, & been used in TV and films. St James' Park was also used as one of the stadiums in the 2012 British Olympic Games.
The stadium was used for rugby league during 2015, with the Magic Weekend being staged there which saw 12 of the top European teams playing on the 30/05/2015 and 31/05/2015.
The stadium held the same tournament in 2016 and 2017 will again in  2018.
St James'  hosted three games of The Rugby Union World Cup in October of 2015 involving the national teams of Scotland, New Zealand, South Africa, Samoa and Tonga.
Please click on each image for the full size photo. 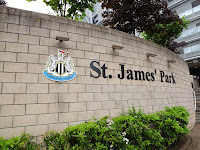 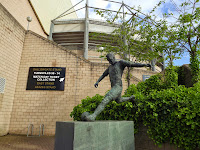 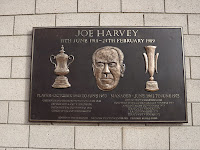 Posted by https://northumbrianimages.blogspot.com/ at Sunday, January 04, 2015 No comments: Links to this post