The town of Warkworth in Northumberland dates back to the 8th century, the castle in the town is said to date back to the mid-12th century and is usually claimed to have been built by Prince Henry of Scotland, although it is also attributed to Henry the Second of England as it was first mentioned in a charter dating 1157-1164.
The castle stands near a bend on the River Coquet. Warkworth is near to the seaport of Amble.
The castle changed hands several times over the centuries including ownership by the Dukes of Northumberland. It is now a Schedule Ancient Monument which offers protection against unauthorised changes and is designated as a grade 1 listed building and classed as being of international importance.
Please click on each image for the full size photo. 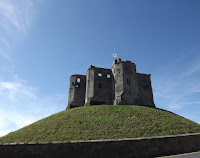 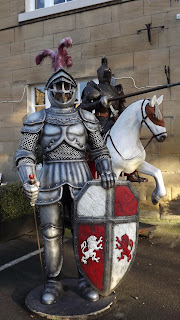 Posted by https://northumbrianimages.blogspot.com/ at Tuesday, December 29, 2015 No comments: Links to this post